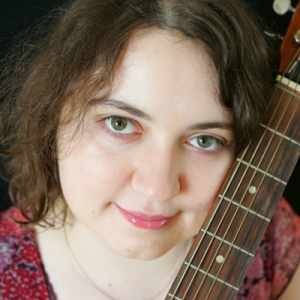 Amanda stepped in as leader of the group, which first met in October 2010 and formed the CitySingers in January 2011.

Our Conductor Amanda is a member of the Association of British Choral Directors (abcd).  and learnt to conduct through the abcs’s Choral Conducting course.

Amanda is also a singer-songwriter and a long-term member of the  Guild of International Songwriters & Composers (G.I.S.C) and has a portfolio of over 100 compositions and songs copywrighted through the Guild.

Mezzo-soprano Amanda has 22 years choral experience and got her first taste of professional recording singing with her school’s chamber choir between the ages of 10-13 on BBC Radio, which left a lasting impression (I can still remember visits to the BBC studios and the infamous BBC canteen, the songs we sang and the excitement of bringing home free BBC cups!).

Amanda has been a member of several regional choirs, including Donne Amible, part of the Amible Choirs which won BBC Choir of the Year 2007. Amanda also sang with and performed as a Soloist for  The Lancaster Singers, a well establish auditioned group of singers who perform a range of classical choral works including Handle’s Messiah, Mozart’s Requiem, List’s Missa Choralis and Saint-Saëns Mass Opus 4. She currently sings with the St. John’s Hospice choir.